More food for the soul (and song) 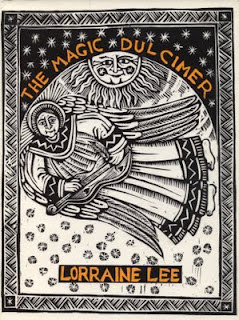 One of my students mentioned a book by the great mountain dulcimer player Mike Casey called "Hands On Dulcimer" that sounded really interesting. A series of exercises to help you master the art of fretboard finger-dancing. If you've never heard Casey perform, he's a nimble picker and his arrangements for four and five-string dulcimer sound like several instruments playing together in concert. Dude is awesome.

While hunting down a copy, I ran across a book called "The Magic Dulcimer" by one of my first teachers, Lorraine Lee Hammond. Though I don't expect that I'll collect every dulcimer method and tablature book ever written, there are a number of classics that I've hunted down, from http://www.lapidusmusic.com/ to "In Search of the Wild Dulcimer" by Al d'Ossche' and my good friend Robert Force. I'm still waiting on the Mike Casey book, but Lorraine's did come in the mail along with the Mike Casey CD "The Hourglass." Fun stuff to take with me on the trip to Key West next week!
Posted by Bing Futch at 10:06 AM