Viral is the new black

oh dood! i love this sound,it's so good ;) I used to live with a dulcimer, hahaha, no really and I love em :D Have the best time in the world, do everything and love each other ;) your pal, valgal


I landed back in Florida today after a whirlwind trip to Anaheim, California for the NAMM Show and then a stopover in Stroudsburg, Pennsyvlvania for the Winter Dulcimer Fest. Now, the runway is pointing towards the next big event, which is The Key West Dulcimer Fest (but not before a quick couple of nights at Dicey Reilly's Irish Pub in St. Cloud, Florida.)

NAMM was amazing as usual - spent time at Downtown Disney on Wednesday, shopping and meeting up with a dear friend from my post-high school life, then a nice meal with Richard and Nick from Folkcraft Instruments before launching into the first full day on the convention floor on Thursday. When standing in the booth, playing dulcimer, the time seems to fly and during that time, a few breaks were taken to catch some of the sights and sounds, which included lots of new gear, a sighting of Bootsy Collins and Cowboy Troy, many visitations and encounters at the booth and a meet-up with the V-Picks gang, who laid yet another amazing pick on me.

Stephen Seifert was handling booth demos for the rest of the show and he came out about midday. After a dinner at El Torito, we repaired back to the hotel and jammed in the lobby, much to the delight of staff and some other folks who were staying there.

Friday morning came way too early (about 4 am PT) as I headed off to John Wayne airport and began the long journey to Philadelphia, Pennsylvania for the Winter Dulcimer Fest in the Poconos. Christie Burns picked me up from the airport along with her niece, Devin, and we enjoyed some teppanyaki before joining others for a jam at the festival site. Saturday brought a full day of workshops and an evening concert, where Christie and I jammed together for the first time. Afterwards, I hung out with my friend Kristy Sproul and stayed at the house she shares with her husband, Kevin and their two children Kyle and Katie. I awoke this morning to the smell of breakfast and had a lovely visit before heading out, once more, to the airport for the return trip home.

Needless to say, I'm flat sick of airports already for the year 2010 and am glad to be home and focused for the upcoming festival in Key West. There will be pics and videos from the past weekend, but right now, I'm just checking in, sitting in the backyard hammock, trying not to launch directly into frenzied work mode.

Can it get any colder? (Don't ask that question) 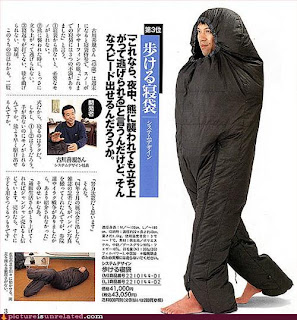 It's cold as a penguin's bottom here in Orlando, Florida and that's a luxury. Tomorrow, I'm on a plane bound for Bardstown, Kentucky where the aforementioned bottom has stuck to the ice.

Though I've been to Kentucky Music Week a handful of times, as well as the Kentucky Music Weekend, this will be my first Winter Weekend with KMW and it's looking like the snow that we didn't have down here for Christmas. Makes me wish I owned one of these jobbers that hoss is wearing in this picture.

This month is full of craziness, lots still to do in preparation for the Key West Dulcimer Fest plus a good amount of travel, not only this week, but next week (NAMM show and Winter Dulcimer Fest in California and Pennsylvania respectively) as well. Throw in a couple of gigs at Dicey Reilly's and you can see how I'm scrambling for time.

Nevertheless, I'm trudging through the day-to-day of administrative musical stuff and finally got my Reverbnation page chugging along. I began setting it up some time ago, but have been hanging back with my arms folded, waiting to see what good it might do. Same tactic that I used with MySpace, Facebook, YouTube and Twitter. There are so many gorblimey choices and, if you're not careful, you'll spend all of your time updating countless profiles designed, ironically, to save you time. But Reverbnation has turned out to be a heavy hitter and it's becoming quite clear just how useful the site truly is. One day, all the portals will flow into one. For now, we network our various streams and hope that people don't get lost in the voluminous tubes of these wonderful "internets."

Speaking of YouTube, there's a new season of Dulcimerica starting today with an upload in the pipeline for episode #147.
Posted by Bing Futch at 12:00 PM No comments: 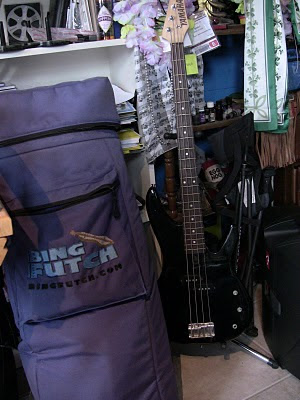 "We will open the book. Its pages are blank. We are going to put words on them ourselves. The book is called Opportunity and its first chapter is New Year's Day. "

First off, a deeply heartfelt wish for all of you who read this; have a very Happy New Year full of the blessings of life.

Last night was different and, God knows, I like it like that. Spent most of the evening working on the poster for the Key West Dulcimer Fest and grilling steaks for Jae and I. At some point, we began watching the first episode of "Hetty Wainthropp Investigates" starring Patricia Rutledge from "Keeping Up Appearances." I got the entire four seasons on DVD for Jae and we were both curious how this newer show would compare to the comedy that we both enjoyed so much (it was quite good.)

Somewhere towards the end of the episode, the cracking and banging and booming outside the windows escalated and we surmised that midnight had arrived, so I popped the cork, poured us two stiff quaffs, we kissed and toasted the new year quietly, then finished watching the episode. When it was through, we did switch over to see how old Dick Clark was getting along (remarkably well for a man of his age and condition, in fact, it appears he's getting better) but the music ended up chasing both of us into bed an hour later. As we don't watch t.v. or listen to radio, the new shows and music often end up surprising us as we turn around odd corners from time to time. I try to stay abreast of current creative events and so it was no surprise to hear names like Colbie Caillat and Selena Gomez headlining events. What did surprise me was the sheer proliferation of auto-tune songs, lip-syncing and the overall sameness of the material. Seriously, The Go-Go's did bubble-gum pop much better in the 80's!

While sitting there watching the current state of mainstream music, I began getting itchy about the new year and my own career. Plans have already been laid for some new directions and I'm anxious to get hoppin'. One of my self-prescribed Christmas gifts just arrived last week; a Yamaha RBX 250 bass guitar. I began my professional musician life as a bassist back in 1984 and haven't owned one since falling in love with the mountain dulcimer. It'll come in handy when working in the studio, since I've really not enjoyed working with synth-bass for most of the releases over the past couple of years. Sounds so....synthy.

On the way also are a set of Piedmont Blues harmonicas. With Mohave I've wanted to spice up the musical mix a bit with a fifth member who would be a multi-instrumentalist. Until that perfect person shows up, I've decided to add a few more instruments to my own bag of tricks including the aforementioned bass and harmonica. Down the road, as I continue developing on the chromatic dulcimer, I'm looking at getting into ukulele and fireside bagpipes.

This doesn't mean that the dulcimer is getting pushed aside, by any means. Like a painter who favors a certain palette, I'm simply expanding the range of colors with which I use to paint. There are always primary colors involved in the mixing of paints, and I consider the mountain dulcimer to be one of the most important shades I use. There are developments this year that will even expand how those particular hues are perceived and it's going to be a very interesting year for recording, that's for sure.

Watch this space for more music theory and, of course, the fourth season of "Dulcimerica" for resources pertaining strictly to the mountain dulcimer. A new year has begun, in some ways a new song for us all to sing. I hope you sing yours loudly, proudly and without fear. It's your song after all and no-one can sing it but you.
Posted by Bing Futch at 10:39 AM No comments: