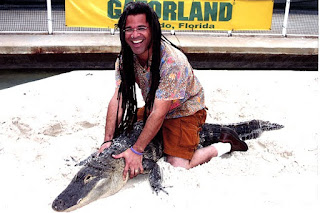 This week marks the last of the major tour excursions for this year as I travel back to Beaumont, Texas for a show at the Logon Cafe this coming Saturday night and then carry on to Austin for a show there (while staying with Scandinavian dulcimer virtuoso Mark Gilston) and finally wrapping things up in Bennington, Oklahoma at the Winter Creek Reunion for an unprecedented second year in a row.

Besides my regular Wednesday night gig at McWell's and two more festival gigs in November, I'm pretty much done for the year 2010, which means a few very important things. More time spent at home with the family, in the garden and catching up on all the new projects that have been brewing over the past year. Honestly? I'm behind on my list of things to do. But this has been the busiest year of my career and a highly rewarding one - I just wish I had staff! Working for myself is highly rewarding, but you begin to reach a diminishing law of returns; a cap on what is eventually possible because one person can only do so much. Between making music, teaching, keeping tabs on all the administrative stuff, booking shows and festivals, shooting and editing video, etc., it feels sometimes like I'm wrestling alligators.

That's why I've slowly been removing things from my plate all season and trying to find a way to delegate some of what I do to others. That began in earnest this week as I discovered someone to take over designing reigns on my oh-so-cluttered website. What a blessing that is! I've also made a pretty big decision, though it wasn't too difficult. Except for my own productions, I'm no longer doing any videography work. It just takes too much time away from music, which has largely been the main focus for a couple of years. I may do the occasional outside project, if the price is right, but for the most part it will all be internal shoots and edits.

That frees up even more time to write, rehearse, teach and otherwise continue to "become." It's been incredibly humbling and flattering to have students, festival organizers, fellow instructors, performers and fans of music lay kudos on me, some with the idea that I've reached the top of my game. However, every day that I live and breathe is spent climbing the mountain because, as an artist, plateaus aren't the way to go. It should never be "it" - you should never have "enough." There's always room for improvement, clarification, imagining the possibilities. That sort of thing takes time and effort, continuously pushing for better. Every once in a while it's good to sit back and reflect upon the journey thus far, seeing how far you've come and what you've accomplished. Then, when you've caught your breath and become appreciative of your trip up the mountain, it's time to grab ahold of some rock and start climbing towards the next ledge heading skyward. Does the ascent ever cease? Not while you breathe, it shouldn't. The zenith isn't so much insurmountable as it is taller than your dreams. For each level you attain, your dreams shift and change, grow more vivid and include bigger things. And while you can always sit back and enjoy the fruits of your labors, there's always just a little something else that will plus that experience.

This fall is going to be a serious sort of mountain climbing - Half-Dome in scope. So many things I still wish to accomplish and won't be able to until I take slow, methodical action to engage the side of the cliff and put some sweat into it. Some of that may involve sitting down with an instrument and studying. Some parts may be simply existing with others, sharing life's moments and gaining inspiration from the day to day, or weeding in the garden and gathering wisdom from the soil. The School of Life is everywhere and all we have to do is look and apply.

But first, we have to make room for it in our rucksacks, or it will just fall down the side of the mountain. And at the bottom of the mountain are just a bunch of alligators, ready to be wrestled.
Posted by Bing Futch at 4:11 PM No comments: 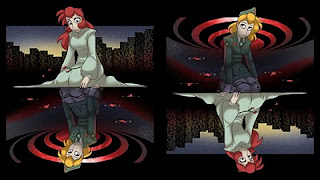 As I posted here, the album Dive! is an ongoing work of raw passion that is serving as my personal psychotherapy. I hope it's enjoyable to listen to - at the same time that I'm not terribly concerned with that. The line between art and entertainment is very much intact with this one.

That said, it's taking quite a while to write and record for a number of reasons and I'm not going to rush it. Originally planned as a spring release, then a fall debut, now - I'm quite sure that it's going to drop when it damn well wants to, even though we're quickly approaching a usable number of tracks. It just doesn't feel complete yet - and until it does, work will continue. Some other recordings may surface before then - in fact, I've decided on a couple of concepts that will probably be out in time for Christmas, but we'll see. One will be called "xxx Days" and will reflect a stretch of recording whatever leaps into my mind for x number of days (be very scared of that one.) The other will be an instrumental album of lullabies. The first tune, "Dare To Dream" began to take form yesterday.

It's been a bit of a tug-of-war, recording Dive! As I've explained to a few people, it hearkens back the Castaway trilogy that I released in the late 80's - songs of such brutal honesty and vein-opening candor that I can't believe anyone actually bought the stuff. But that was the artistic outpouring of a young twenty-something still not quite sure what the deal in life was all about. Dive! is more reflective and, perhaps, still very restless. My biggest worry is that people will either be put off by the edge of it, or shocked by the admissions, or even still, convinced that everything they hear will be a statement of absolute fact and conviction. Some of this stuff will be fictional - and then again, some of it won't be. There's the danger - in trusting that people will know the difference.

To paraphrase Jesus in the Gospel of Thomas, what you've got in you, bring it forth and it will save you. What you've got in you, keep it hidden and it will kill you. Music is a pressure release, an avenue of emotion, and for so long, ever since those early records, I've kept myself just a little bit removed from the subject matter I sing. This summer, I began to take down the shields, open the curtains and once again let it all hang out. The response has been encouraging, and with that behind me - Dive! is once again chugging into balls-out territory.

Some of the songs I thought would be on the record are no longer passing muster, tunes like "April Fools" and "I Am An Artist". They've gone by the wayside in favor of fresher, more accurate tunes that will weave all of the album together into something that actually makes sense when listened to as a whole. The latest addition to the roster came about as kind of a surprise and basically wrote itself. Cobbled together and cannibalized out of a tune called "Your Dreams And You" which had lyrics written in October of 2006, the basic feel and chord changes came to me this morning while I was preparing to continue work on the lullaby waltz "Dare To Dream." Obeying the muse, and thanking her for returning this way, I leapt right into it, knowing that a chromatic dulcimer would be needed for the changes. Influenced by the great Sam Phillips and urged on by the recent work of She & Him, it's a deceptively perky tune about the falling away of scales, the healing of wounds through deliberate emotional self-mutilation; the retraining of a barren heart. This is "How To Cry":


How To Cry
Music and Lyrics by Bing Futch
© Copyright 2010 J.O.B. Entertainment Inc.

every window shows a scene
close enough to touch, and when you do
fingers leave a smudge on the glass in between
your dreams and you

you came from miles and miles away,
didn't even know the time of day
found you sleeping in my yard
come, let's go stroll the boulevard - won't you teach me how to cry?

You can hear a rough demo of this tune over at Reverbnation.

Now that things have slowed down a bit, I expect production to pick up on this album and the other projects. I've decided NOT to produce any more Mountain Dulcimer In The Band books until these recordings are finished. It's hard enough to focus without too many things going on at once.

That is the update - and I'm going back to working on this tune.
Posted by Bing Futch at 11:22 AM No comments:

Posted by Bing Futch at 9:32 PM No comments:

Check out video of me and Guy George performing "Shady Grove" and "Road To Lisdoonvarna" at Bluegrass Creek Dulcimer Festival.

This e-mail was brought to you by aloha and iPhone!

Posted by Bing Futch at 9:14 AM No comments:

It's interesting what playing mountain dulcimer in an airport will do. People move closer to you, ask questions, and in what is ultimately the biggest blessing, thank you for playing.

It's a great way to pass the time between flights and also an opportune moment to introduce or re-introduce the instrument to people. One of my favorite things about flying with the dulcimer.

Posted by Bing Futch at 2:18 PM No comments:

Posted by Bing Futch at 2:56 PM No comments: