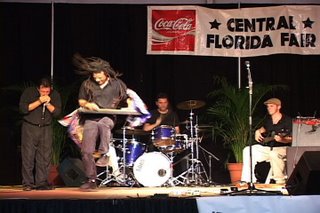 The band had three great sets at the Central Florida Fair on Monday; it was a ghost town. Rumors about some kind of gang activity over the weekend had reached the ears of Mark Janssen, who was handling drum duties for the evening. Jae said some of the food vendors were complaining that it was slow over the weekend, too. Maybe from a lack of attendance. Maybe rumors. Fair crowds are always a little different than most crowds. They're there to see everything, so unless you're juggling fire, hypnotizing people or happen to be Toxic Audio, you usually get a few that hang out here and there - mostly gathered at the tables across the way, eating and listening to the music or grouped around the back of the tented seating area. The Central Florida Folk group wasn't having much better luck around the corner with their stage - numbers were down all around.

But that didn't keep us from playing like there were hundreds of people watching - we always put on a high-energy show, because the emotions are always tightly wrapped into the moments of the music. It's hard not to redline emotionally when performing "Spider Rock", "Down To Earth", "Black Indian" and "Caught" - all tunes that deal with intense flesh and blood realities. There was no holding back - though I always edit the tunes for an all ages performance - at least a little.

Everybody did a great job - reviewing the videotape, it really sounded great - and we had Gene Blankenship, our dear friend and cowboy reverend sound guy, working the sound system and stoking the speakers with Johnny Cash in between sets. Our version of "Folsom Prison Blues" went over really well, considering we'd never played it with Uncle Charles before, but he's familiar with the tune, has a great ear and has played it with other bands, so I wasn't concerned. It was the only cover we did - and it was very well-received, especially by some of the fair employees. 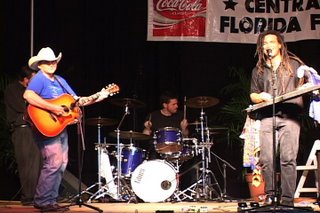 Signed some people up for the mailing list, ate some really greasy fair food - and had Travis Lewis come up on stage and play some guitar on "Ring-A-Ding". Travis' CD was produced by the legendary Jimmy Snow and has performed onstage at the Grand Ol' Opry. We had to bring it down quite a bit to hear him, seeing as how he played into a microphone - and it was cool to have him join us for one of our last tunes! Next time, we'll have him sing one - or do an old gospel song that he knows.

I'm happy with my performance - I'm not satisfied, if that makes any sense. Still, as much joy as performing brings, there are still those little moments of terror that I must deal with. Such a lovely balance to stand at the edge of the cliff and enjoy the view! So, continued steps towards improvement, to include monitoring my equipment output more closely on-stage. Split outputs are not always beneficial, just a mental note.

An all-around lovely time - thanks to Ellen Gordon for having us back again and congratulations on the promotion, even though we're kind of late about that. 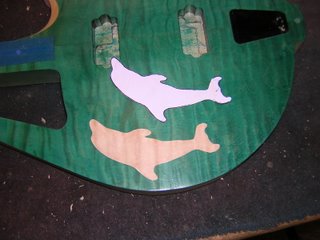 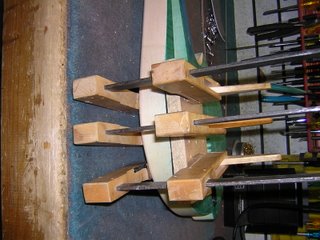 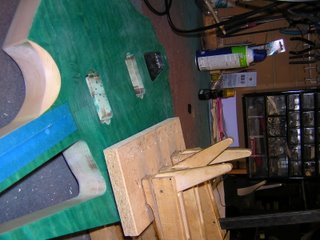