You Won't See Me 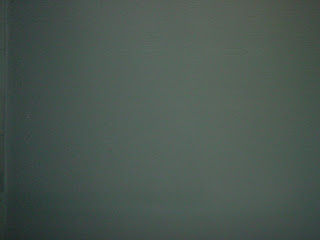 It's been a few weeks since I've posted anything here and I'd like to say that it had something to do with all of the work that's going into "Dive!", but it's not. To quote Arthur Dent, "I seem to be having tremendous difficulty with my lifestyle." So, I'm taking a little time off in many areas, this blog and Dulcimerica included.

I'll still be performing, both locally and on the road at festivals and house concerts this year, and you can still get all of that information from my mailing list. There will be occasional posts and tweets on Facebook and Twitter, but far, far less than were before. There are lots of reasons, including a serious case of social-media burn-out and the realization that one can never have a proper garden if one doesn't get out into it more than once a week. For the past six years, I have been a non-stop music machine, performing, traveling, teaching, creating videos and workshops, writing, producing, promoting, marketing, designing, appearing, disappearing, communicating and miscommunicating. As the economy began to dip towards recession, my income from these exploits began to fall even as my creative output remained constant. It's the same boat that we're all in - I just never thought that it would effect what I do so deeply because, after all, I love music. Who wouldn't want to do it all the time? I've been blessed with the opportunity to do so - but in the perpetual state of production that being one's own boss involves, it has cut out a lot of the other things in my life that require attention.

In order to become a better performer and teacher, I need to take the time to research, learn and practice the things that will expand my abilities. The amount of time that I spend online is prohibitive and directly contrary to that. There's also the matter of identity: who I am, what I've become known for, and the balance between the two. Over the past few weeks, it's been glaringly obvious to me that mentally, physically, socially and spiritually, I needed to take a time-out and get my head back into the game, both for career and for home life. Meltdown is not an option.

So, it's going to be very, very quiet from my end for awhile, except on those dates where I'll be performing locally and at festivals across the country. Of course, I'm always open to e-mails and will return them as quickly as I can, so the lines of communication are still open. The lines of industry, however, are shutting down to conserve both energy and sanity. I'll be digging in the dirt, both literally and figuratively, with implements and instruments, pulling weeds, planting seeds and getting to the root of balance between me and the earth; Between spirit and all things elemental.

I'm wishing you wellness, beauty and hope...but mostly love.
Posted by Bing Futch at 10:30 AM