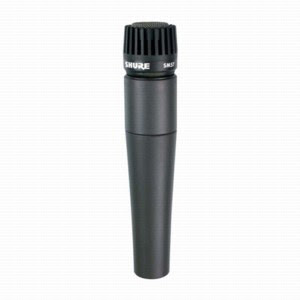 So, in my last post, I was talking about how much difference your gear can make. When it comes to audio recording (not to mention video), this is especially important. I'm guilty of not paying enough attention to these things, but lately have been trying to shore up my studio equipment and the results are pretty amazing.

I recently picked up a Shure SM-57, the standard workhorse microphone that is great for both instrument mic'ing and also vocals. Though I got it primarily to record the mountain dulcimer, part of the test drive involved recording vocals on the excellent Mark Knopfler/James Taylor tune "Sailing To Philadelphia." My studio isn't sound-proofed, so we're at the mercy of the neighborhood noise here, from the nearby fire station to the boom cars and passing airplanes, so using a condenser microphone (my Audio-Technica ATM33a) was picking up a lot of this background wash. The SM-57 has a uniform cardioid pickup configuration that isolates the main sound source and eliminates background noise. Usually, I turn the ceiling fan off before I record, but decided to leave it on - also, there was a guy weed-wacking across the street and neither element showed up on the track. Sweet. 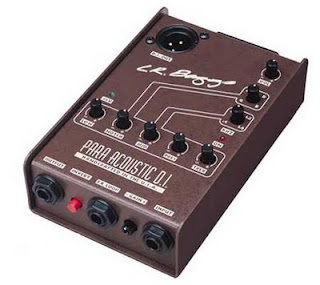 Don't know if I posted about this other recent acquisition, but it's worth mentioning again if so: used in combination with the SM-57 was the L.R. Baggs Para-Acoustic D.I. Though I acquired it for the purpose of better controlling the color of the dulcimer tone while on-stage at gigs, as well as a boost for weaker signals, I've been using it in the studio when I plug the dulcimer in directly. On a whim, I sent the vocal signal through and got a warm, full level that allowed me the expression I was seeking without having to overdrive, which is what I've had to do in the past. Makes all the difference in the world! The Baggs direct box has controls for dialing in low, mid, treble, presence, notch filter and both notch and presence have frequency dials that further allow you to dial in (or out) tone. There's also a main gain, FX loop and inputs for both 1/4" and XLR. 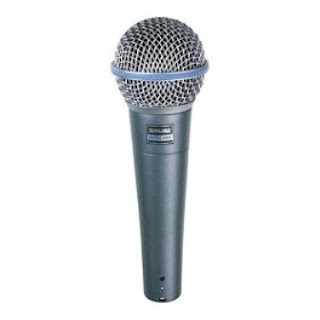 So, here's the track - chromatic dulcimer is going through the Baggs as well as being recorded with the SM-57, panned to far left and far right, minimal E.Q. Backing tracks were arranged in Band In A Box and assigned software instruments in Garageband. One track of melody and harmony vocals with an overall "jazz warm" compression setting for the track. Three of the last additions to the studio, working together to make production so much easier! Now, I just need to replace this nutty PreSonus Firebox audio interface that's acting like it hasn't got any sense. Also, on order is a Shure Beta 58a - which is another industry standard workhorse, but mainly for vocals. I've been using a SM-58, which is not a bad mic, but apparently the beta is much better, so it's going to be early Christmas sometime this week.

Bing Futch - "Sailing To Philadelphia"
Posted by Bing Futch at 10:28 AM