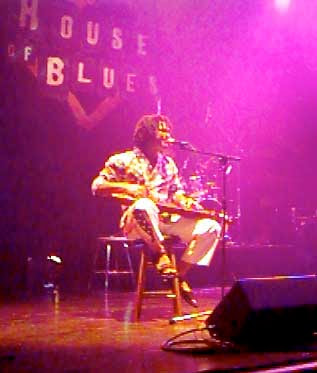 I seem to recall that David Schweizer had booked me for his Living Room Jam open mic at The House Of Blues as a solo act, summer of 1999. After a couple of years banging around the Orlando scene as Bing's Not Dead (billed as "21st century psychotic lounge opera"), David felt I was ready to ply my trade at Orlando's newest and hottest music venue.

It was during the run-up to the show that the idea for Mohave was born somewhere in the middle of the Arizona desert. Upon returning to Orlando, I called David and asked if I could bring along a couple of friends to which he replied, "sure." 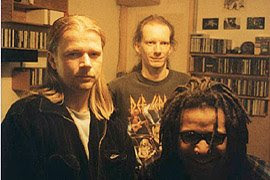 On August 30th, 1999 - Mike Burney, McGyver and me took the stage at the House Of Blues at Walt Disney World and played a fiery twenty-minute set that took the audience completely by surprise. I remember David walking up to us after we left the stage saying, "that was fan-fucking-tastic!"

Nine years later, Mohave is still performing, albeit with a different line-up. Hell, as long as I'm in the band, it's still Mohave.

David Schweizer is performing at the House of Blues tonight with his own trio and we're going down to see him before heading over to the Adventurer's Club on Pleasure Island and saying goodbye to the old place (it's being moved - but it won't be the same.)

Thinking back on that first HOB show, the sky was the limit. There were no big dreams of cash and Cadillacs, catered backstage revelry (although we'd play the House of Blues a number of times after that first night, and the backstage spread was actually pretty damn swank) and big deal making. It was all about the music and, for the most part, it still is, even though we're older and more aware of big picture things like mortgages and gas prices. True, the model for Mohave, and also for my solo music, has adapted in a way that requires clear thinking about cost-effectiveness versus pie-in-the-sky dreaming. Only the independently wealthy (or perpetual poor and proud) can afford to make music simply for music's sake and perhaps pay for doing so. Face it, this music environment in central Florida is sort of like the national economic picture - there are the top one-percenters and the rest of us are scrabbling for action.

Either you're already well-connected and pulling in the bucks as an entertainer or you may be one of those performers who are happy to play for a measly share of the door or a discount on the beer tab; neither of which is ever enough to even pay for a portion of a tank of gas, let alone bills or other expenses.

But that's changing ever so slowly - more venues are actually looking to find better entertainment in order to keep their customers happy, which means that they're paying better as well. Between that and the ever-changing nature of music distribution, you come right round again to the idea of music as a blue-collar pastime. You'll never get rich, like in the army, but you can get by if you work hard enough.

With Mohave still gigging and the solo career having made the leap into the national scene, I just feel very blessed to continue doing what I love. It takes determination and assurance that you're on the right track - but it also takes the support and encouragement of folks like David Schweizer.
Posted by Bing Futch at 11:19 AM

Email ThisBlogThis!Share to TwitterShare to FacebookShare to Pinterest
Labels: Mohave