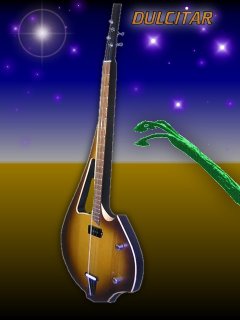 The latest news is this: we're not going to Curacao. Sure, they still want us to play, but the terms of agreement have been changed. Originally, the Festival Curacao organizers were paying for each band's round trip airfare, hotel rooms for the week, issuing a per diem for meals and sending everyone home with a percentage of American ticket sales. Just recently, however, the organizers put out the word that they were hoping bands could cover their own transportation, room and board. Seeing as how we're all poor people, we simply couldn't rise to this particular occasion - so we sent along our regrets in not being able to attend.

Yeah, it's a bummer - I was looking forward to the trip if ever-so-slightly, because I always keep it in the back of my head that nothing's assured until you're there on the day of show going "wow, we're here." Usually.

But no frets and worries - those play dates would've fallen on Jae and I's second wedding anniversary, so this year, we'll continue our tradition of celebrating in Key West, where we were married.

I just put a deposit down on my Dulcitar and I'm super-stoked. It'll be the first production model made after the prototype, which is pictured here, and Doug's doing some crazy-great customizations on it, including:

It's gonna be sexy. As production pictures are available, I'll post them here - but suffice it to say that I'm drooling over mid-April, which is around about when I can expect this baby to be shipped! I told Doug if I really liked it, I'd order another one, this time with a traditional dulcimer fretboard (well, with 6+ and 3+ frets).

Patrick McKinney, who was the luthier behind creating Angelique out of a Cripple Creek acoustic kit, is ready to go for bout number two, during which we're going to fashion a solid-body hot-rod of a dulcimer with traditional fretboard to be played in the original style. Based on his suggestion, we're going to make it a real speciality of an instrument and offer up a few for sale online - a signature dulcimer. We're in the design phase now.