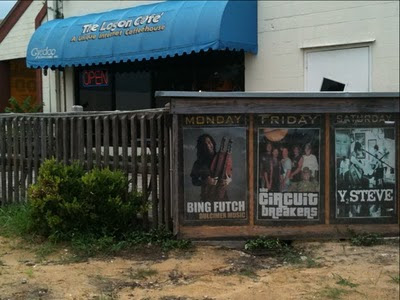 Well, to say that I had a blast in Texas is sort of understating the plot point. The Bayou City Music Festival was a lot of fun in Houston while t.v. appearances, workshops and a wild three-hour show at the Logon Cafe organized by Linda and Barry Evans of Sweet Sounds Dulcimer Shop was an exciting end to this stopover in the Lone Star State. I'll be back in September. Check out my three friends Gwennie (with floppy ears), Molly (all shaved up) and Briona (whom you can't miss, even if you tried.) 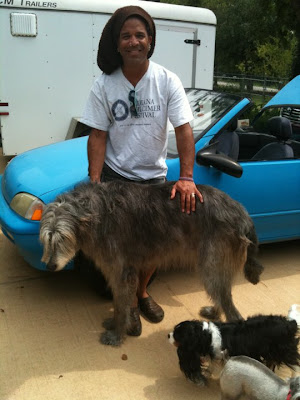 Now, I'm en route to Kentucky Music Weekend in Louisville. Here's a great summation of what I'll be doing there along with Stephen Seifert, from Stephen's page:

"Bing Futch and I will be teaching, performing, and contest judging THIS WEEKEND at Kentucky Music Weekend 2010 in Louisville, KY. Here's the details:
Mountain Dulcimer Workshops

10 to 11:30 AM, Saturday, July 31 - Bing Futch and I are each preparing a 90-minute lesson plan covering a kind of greatest hits of each of our most popular topics. ($20 per person) We are both presenting our material in a way that easily scales from novice to intermediate. Before we begin, we'll each talk briefly about what we're going to teach so we can split into separate groups. In addition, we will both be available throughout the weekend for private lessons at $25 per half hour. If you want to be a better player, we want to help. Just let us know.

I don't care how good a player you think or don't think you are. Come to this contest and play something you've been playing for a while. Don't try anything new. Some years, there's not very many contenders. Seriously, come give it a shot."

Now, I'm checked into a place in Forest, Mississippi where there is a Mexican restaurant within sight across the parking lot. How cool is that? Looks like I have a date with destiny. See you soon.
Posted by Bing Futch at 6:07 PM