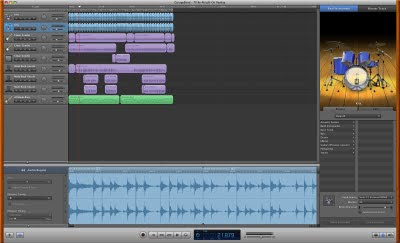 After getting "Mountain Dulcimer In The Band (Book 4)" published and shipped, and with the pressing deadlines of holiday releases now past, I settled back in to continue work on "Dive!" with a renewed vigor and different approach. Prior to this, I had settled on a basic list of tracks and was pretty close to finished with the selection. However, I'm now just bashing out tunes and will pick the best of the bunch after it seems that these pipes have been cleaned.

"Dive!" has always been planned as a personal record, one that plunges beneath the surface and works some exorcism magic. It's not looking to be a bummer or too serious; everything has been couched in imaginative arrangements and dances with the lyrical content in poetic fashion. There are some heavy themes, plain-spoken and cryptically suggested, that have already been demoed here and there are more to come.

Yesterday's offering came quickly and I'm honestly not sure if it will make the cut, but I'm going to work on making it as good as it can be. The tune, "I'll Be Alright On Payday", is a short and sweet little rocker with a Louisiana Southern rock shuffle beat, distorted dulcimer, rolling bass and one catchy chorus. This one might be more along the lines of something I perform live - but who knows, it may end up on the CD.

Part of this renewed recording push comes thanks to the arrival of Garageband '09, a huge upgrade to my DAW (Digital Audio Workstation) that contains some brilliant improvements (like region guides, song arranging for regions, guitar stomp boxes and frequency spectrum analyzer) along with a radically redesigned interface. It all works pretty great; except for the fact that my firewire interface, the PreSonus Firebox, has sort of turned out to be a piece of crap. Sound glitches, muted audio and general freakiness that requires me to toggle with settings in the Audio/Midi Set-up application has added hours to my recording time and removed years from my life. Okay, perhaps not that drastic, but I've been muttering lots of colorful evaluations at the screen this week.

There will probably not be a lot of demo recordings here as I plan to move forward at a pretty brisk clip, hoping to get this finalized before the end of the year. As I get into final selection and mixing, I'll post some of the best of the best.

Hope to see some of you at Dicey Reilly's on Saturday from 12:30 p.m. to 4:30 p.m. for the Halfway To St. Patty's Day event featuring a car show, live music, Irish dancers and the usual great food and drink. Next week, I head to Bennington, Oklahoma for the Winter Creek Reunion Dulcimer Festival.

Have a great weekend, whatever you may do. Me ke aloha and mahalo nui loa!
Posted by Bing Futch at 7:52 AM