Sort of working on a number of levels these days - I've got a new piece written on dulcimer in DAA called "I Cried For Days", an instrumental that will eventually have words, but I wanted it to stand as a piece all its own.

I just picked up the PreSonus Firebox and am now experimenting with it for recording. It's sweet. In Garageband 3, you can record a number of tracks simultaneously, and the Firebox has two channels, so I can record vocals and dulcimer at the same time on seperate tracks. Muy excellente. Also, the sound is so much warmer going in now - what a world of difference having the pre-amp! It's basically like a tube amplifier, only for the computer. Much warmer sounds that spill out of the speakers as opposed to sort of pinched in the sound spectrum. This really opens things up quite a bit. I also appreciate having a true headphone buss - which is in stereo and actually goes up to "11" - not that I'd ever do that - still, it's nice to hear what you're recording - the rag-tag, jerry-rigged method I've been using was less-than-satisfying.

The first big test for this set-up will be a song called "Rites Of Passage" by a British artist called Mizieya. We met up through MacJams and enjoyed each other's music, so we're now working on this track together. 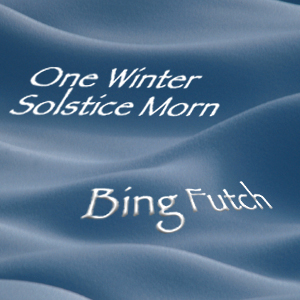 Most recently completed is a sort of test run of some new soundfonts I found for Garageband's software instruments. The track, called "One Winter Solstice Morn" is a three-minute orchestral adventure that I composed in Sibelius and then imported into Garageband using the Dent Du MIDI converter. If some of this is just flying over your head, I apologize! If you ever have any questions about what the McHell I'm talking about, please do drop a line and I'll get you up to speed.

I've got raw skeletons of about three dulcimer songs cooking in Garageband - I sketch out an idea, verses and choruses, then record them and leave 'em until I come back with more ideas. When it all boils over, usually that's when I move ahead with recording a song demo. There is another on the horizon here - I'll post when it's complete!

Mohave is gearing up for festival season, which will probably reveal itself to be starting in March, or later spring. There's some even fresher blood in the tribe, as well as a wealth of new material, so this next season is going to be sweet! Thanks for checking back with the blog. Me ke aloha!
Posted by Bing Futch at 11:14 AM