'Tis The Season…To Be Busy 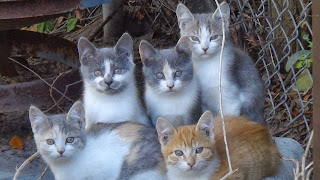 This holiday season has been the busiest in a long time, due in part to a family of kittens that were born in our backyard several weeks back.  So, along with the usual hustle and bustle, there's also been muddle and cuddle (we took O'Malley, the orange one, in) as well as lots of new gear and some fun gigs.

The "Dulcimerica" pledge drive has been a huge part of fall since we successfully raised funds for new equipment including two Sony video cameras that have been used to shoot the newest episodes.  I spent a good amount of time putting together the incentive packages to mail out and that was quite a lot of fun, especially the sealing wax part.  I'm a Sagittarius, a fire-sign, whaddya want?

Beyond that, I've been looking at replacing my old stage lighting rig with something more modern (and less hot) so I picked up a couple of really neat little lights that have already been a huge hit at shows.

The first one is a Chauvet EZPar 56: 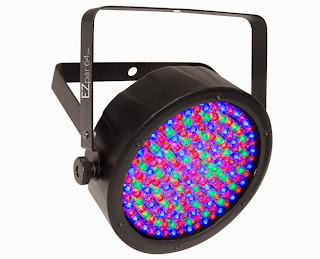 I was performing at a wedding and they had these all over the place, which looked very cool.  They're battery-powered, no cables required, so you have the freedom to stage them where ever you like.  I got it mainly as a spotlight/stage wash, but it's got built-in chase sequences and will even switch colors in time with the beat of the music.  Selling my old lighting rig essentially bought this one - trading up from six lights requiring power to one light that doesn't - not a bad deal at all. 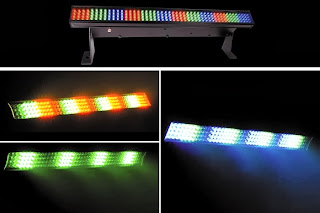 The next rig is the Chauvet Colorstrip Mini and it's kinda ridiculous, but then so is my stage show.  I got it specifically for the out-of-control performances that I do in clubs, pubs, for special events or when I DJ after a performance.  These likewise have built-in chase sequences and will also move in time to the beat.  The best part about LED technology is that they throw off very little heat, and that's nice on the skin when you're already sitting in a hot room on a hot night somewhere (and sure, I'll miss the heat throw on those cold nights where the lights were the only thing keeping you from freezing your 'nads off, but, whatever.)

Eventually, I'll get some kind of truss and a few more lights for some of my longer shows and really take it to the next level.  Since I come from the rock 'n' roll world, I'll admit to loving the flash and pizazz of a good light show and these little rigs really do the trick.

As I type this, a brand new "Dulcimerica" has hit the net just in time for Christmas.  It may well be the longest episode ever, but there's a lot to cover as I perform and teach "O Holy Night."


I'm gonna keep this short and sweet as work continues on "Method For Chromatic Mountain Dulcimer" and, since it's so busy around here, I'm stealing every bit of time that I can.  Hope you're enjoying a happy holiday season and we'll see you here again on the flip side!